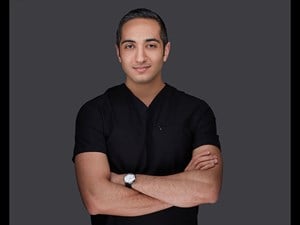 This patient was interested in correction of her left inverted nipple. Inverted nipples are caused by shortened breast ducts and fibrous attachments which tether the nipple and reduce its projection. Approximately 5-10% of women will have some degree of nipple inversion. In order to correct this, shortened breast ducts and fibrous attachments must be addressed. This is performed via a small incision at the base of the nipple. A "closed" approach can also be used, in milder cases. To reduce the risk of inverted nipples recurring or re-inverting, the nipples can be pierced simultaneously. This patient's results are shown 4 weeks after inverted nipple correction and nipple piercing.
More

*All information subject to change. Images may contain models. Individual results are not guaranteed and may vary.